While movies are making a splash in theatres, in real life, the weddings of cinema-related couples have rocked. After Indian couple Payal-Sangram, now a good news is being heard from Hollywood. Ben Affleck and Jennifer Lopez, one of the power couples of the Hollywood industry, have finally got married after years of understanding. Yes, famous singer and actress Jennifer Lopez, who has always made headlines due to her long time boyfriend Ben Affleck, has now officially become his wife.

Read also :- Brad Pitt hints at retirement from Hollywood: I consider myself on my last leg, last semester or trimester

Let us tell you that the couple was dating each other since 2002, after which both of them have now married in Las Vegas. Their wedding pictures are becoming increasingly viral on social media, which the fans are very happy to see.

Photos of Jennifer Lopez and Ben Affleck’s wedding in Las Vegas are becoming fiercely viral on social media. In these pictures, the couple is also seen very happy being with each other. While pop singer Jennifer, always seen in her glamorous avatar, is seen in a very simple white gown on her wedding, Ben is seen wearing a black suit. Let us tell you that both were engaged in April 2022, after which both are now tied in marriage.

Twist came in the relationship

Famous Hollywood actress Jennifer and Ben’s relationship is about 20 years old, but both had a breakup in between. After the breakup, both of them got married to someone else while moving forward in their respective lives. However, luck had something else in mind and last year the two reunited. The two had made up their mind to never part with each other in April last year and today, giving a name to this beautiful love story of 20 years, 52-year-old Ben and 49-year-old Jennifer got married. Let us tell you that both the stars also have children from their first marriages. 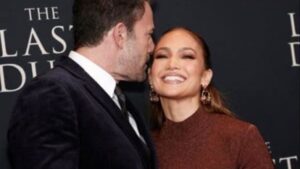 This is the price of Jennifer’s ring.

Photos of Jennifer and Ben’s wedding have been shared by Jen’s hairstylist on her social media handle. Jennifer’s bridal look is being well-liked in these pictures. Not only this, some media reports are claiming that Jennifer Lopez has also changed her name to Jennifer Affleck after marriage. Like the marriage of both the couple, their engagement was also very much discussed and the reason for this was the ring worn by Ben. 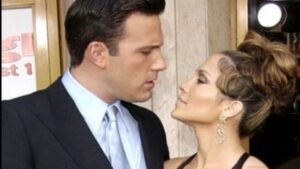 According to media reports, the price of Jennifer’s ring is about 5 million dollars i.e. about 37 crores. At the same time, it is also being said in some reports that the price of this ring is more than 10 million, that is, about Rs 76 crore.